On Saturday December 12, 2009, Jean-Marie laid the honorary POW/MIA wreath at the Wreaths Across America ceremony at the Sonoma Veterans Memorial Park in Sonoma, CA . 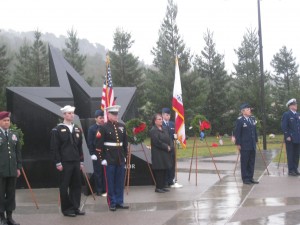 Jean-Marie with a representative of each of the branches of the Armed Forces, including the United States Army, Marine Corps, Navy, Air Force, Coast Guard, and Merchant Marines. Jean-Marie represented the MIA/POWs. 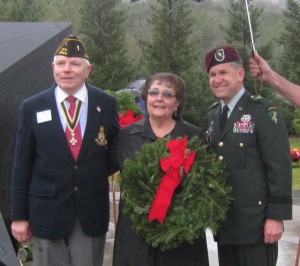 Jean-Marie with Grant Noah, President of the Redwood Empire Chapter of the Sons of the American Revolution (left) and Brigadier General Gary Medvigy (right) after the ceremony. 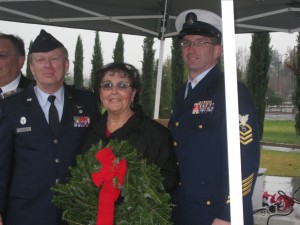 A wonderful ceremony for the fallen servicemen and servicewomen of our country.