Jean-Marie and Melissa Porter (nee Gurney). Melissa was only five months old when her parents, Robert and Gratian Gurney, and grandparents, Paul and Mary Ruth Danner, were interned at the Santo Tomas Internment Camp in 1942. 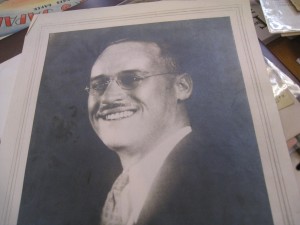 Paul Danner, from a picture that Melissa and her sister, Susie, brought to Copperfield’s to show Jean-Marie and Michael. On page 131 of “Through My Mother’s Eyes,” Paul is named as the American internee who, on Saturday February 3rd, 1945, found a pair of goggles that were dropped from an American plane into the camp. Tucked inside one of the eyepieces was a note that read: “Roll out the barrel! Christmas is coming today or tomorrow!” At about nine o’clock that same evening, the liberation of the camp began. 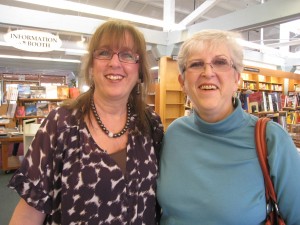