On Saturday March 20, 2010, Michael and Jean-Marie were the guest speakers at a luncheon sponsored by the veterans of the 187th Airborne. The event started at 11:30 a.m. at Jonesy’s Famous Restaurant, 2044 Airport Road, Napa, CA. 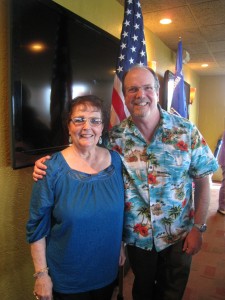 Jean-Marie and Michael at the luncheon. 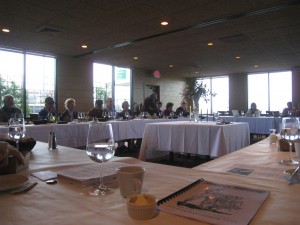 The veterans of the 187th Airborne with their families. The 187th Infantry Regiment (Rakkasans) is a regiment of the 101st Airborne Division (Air Assault) of the United States Army. The regimental motto is the Latin “Ne Desit Virtus” (“Let Valor Not Fail”).

The nickname “The Rakkasans” is derived from the Japanese word for umbrella. The name was given to the 187th during its tour in occupied Japan following World War II. When a translator dealing with local Japanese dignitaries was trying to explain what their unit was trained to do (and not knowing the Japanese word for “airborne soldiers”) he used the phrase “falling down umbrella men”, or rakkasan. Amused by the clumsy word, the locals began to call the troopers by that nickname; it soon stuck and became a point of pride for the unit. 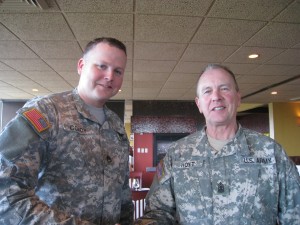