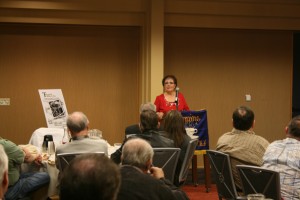 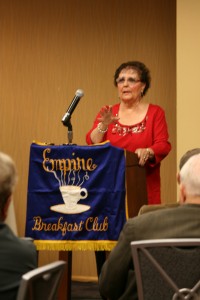 Close-up of Jean-Marie speaking about her experiences in Santo Tomas. 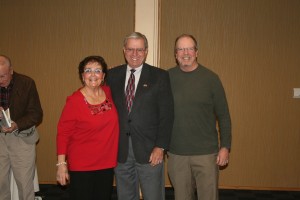 Jean-Marie, Jim Johnson, and Michael. Jim Johnson is the program chair of the Empire Breakfast Club, and a broadcast legend in the San Francisco Bay Area. Jim is also the president and owner of Jim Johnson’s Turning Point, an insurance and investment brokerage firm in Santa Rosa.