On Saturday December 13, 2014, Jean-Marie was the honorary POW/MIA wreath presenter at the Wreaths Across America ceremony at the Sonoma Veterans Memorial Park in Sonoma, CA. 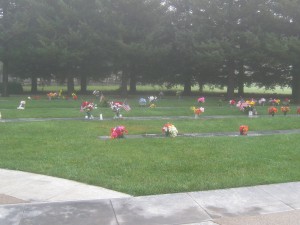 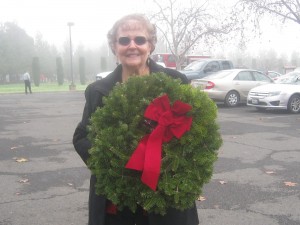 Jean-Marie was asked again this year to be the honorary wreath bearer for the POW/MIA wreath. Each veterans cemetery receives seven commemorative wreaths – one for each branch of the U.S. military, plus the Merchant Marine and POW/MIA. 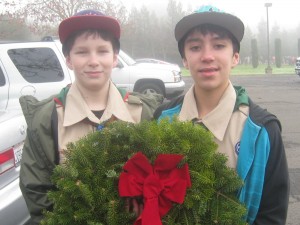 Pictured are Boy Scouts Nate Good and Jean-Marie’s grandson, Gabriel Heskett, who helped with the ceremony by handing out programs to all who attended. These young men also paid a moving tribute by each laying a wreath on a grave. 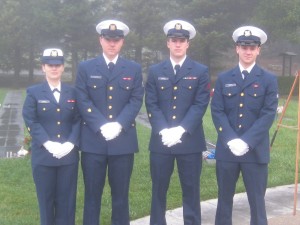